Skip to content
Like what I'm doing? Consider supporting the site on Patreon for behind the scenes content and more!
Fan contributions help keep this site free of obnoxious banner ads. 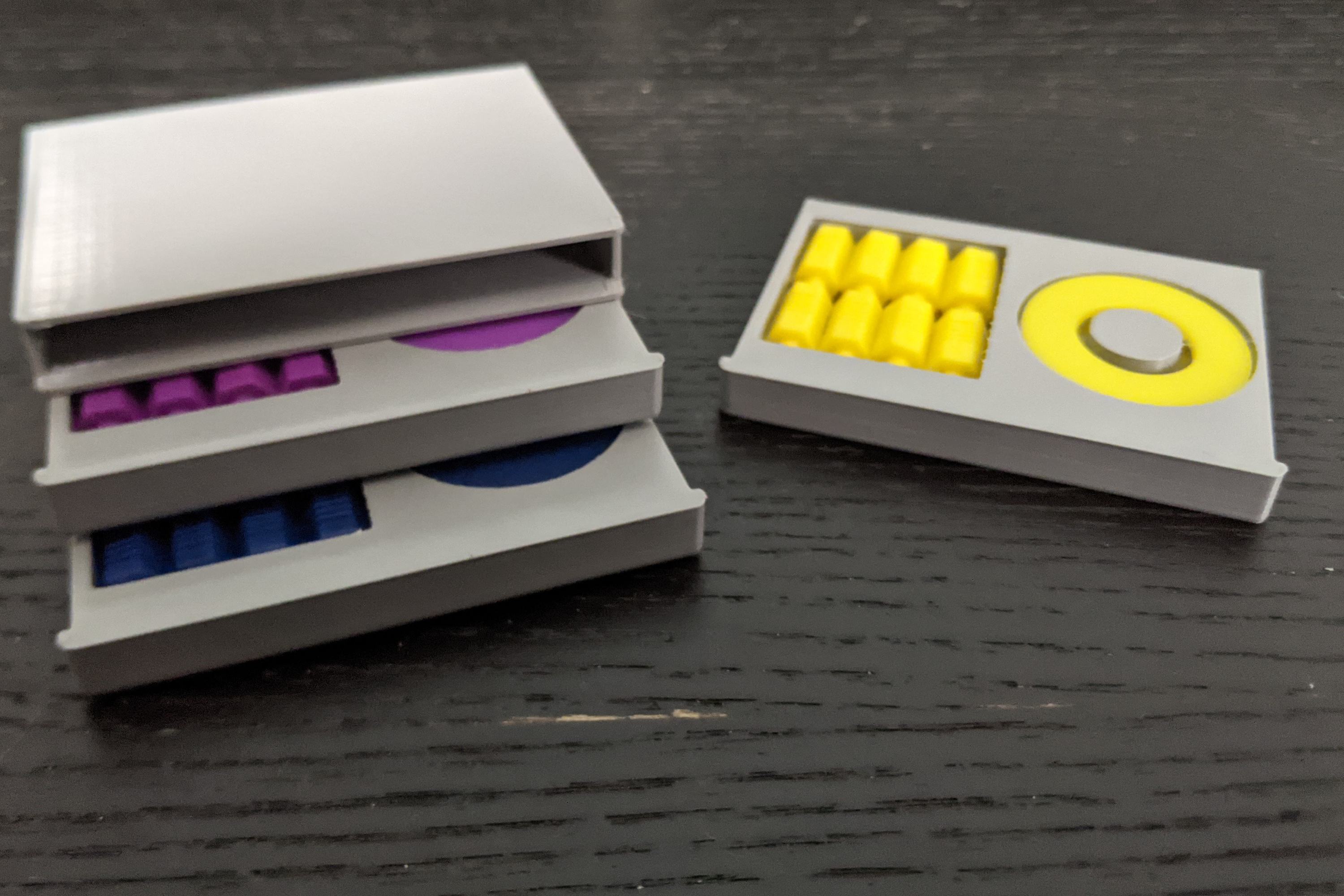 With game nights re-entering the world, my group loves Zombicide Second Edition, which made its way to my collection mid-pandemic. While the game is great, I don’t love that lid lift from trying to get everything back into the box when we’re done. So, I’m gonna maximize the little space I’ve got and figure out a solution for Zombicide player storage. In the next few weeks, I’ll be adding other storage components as well.

If you’re interested in the other parts, here are some links:

How Much Room Do I Even Have?

In terms of vertical storage, there’s almost no free space. The box has an interior box with all the minis, and then a stack of tiles that use almost the whole size of the box. The only real space left is by replacing these cardboard spacers that keep the tiles in check. So, that gives me a 1″ by 2″ space around 2 sides of the box to work with. But right now I’m focusing on player storage, so I got to fit six players’ worth of pegs and rings in as little of that as possible.

Ultimately, I went through four iterations before I was really happy. The first was bad. It was a pretty big waste of space and ultimately wouldn’t have kept the components contained except under ideal circumstances.

Moving on to a drawer-based design, I knew I was on the right track, but the pull tab wasted a lot of the usable space. Going down that rabbit hole, I got rid of the pull tab and instead left little notches on the sides to open the drawer. The back is also mostly open, so you can push it open that way.

The third design was pretty much where I wanted to be, but I noticed I could trim a little more space in a few places. After some small tweaks, the design now accommodated three drawers. Being able to keep all the player components in 2 organizers instead of 3 made this a huge win.

If you’re looking for some more 3D Printing projects, I have a lot of them. You can check them out here.

With my Zombicide player storage out of the way, I have two big areas to focus on. Scenario components are the ones I think of as mostly placed during the setup phase, like spawn points and loot boxes. And gameplay components are the ones you need while you’re playing, such as noise tokens and doors. I’ll be working to bring those pieces to the table next. All of these projects will be available on Thingiverse.

Thank you to all our Patreon supporters who help making this content possible, especially: